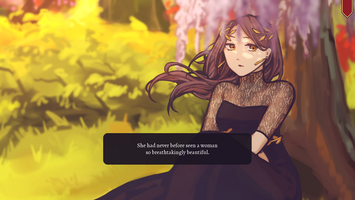 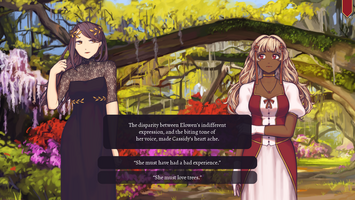 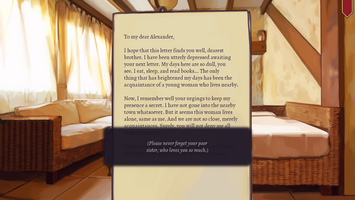 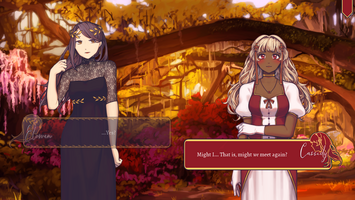 Hi everyone! We're releasing a new, updated demo for Without a Voice tomorrow, Friday the 15th! This new demo will have a new UI and all-new text. Since first concepting the game and story, Lore has come up with new ideas and has grown enough as a writer that she wanted to completely re-do things. So the script was completely rewritten and this demo will reflect that. In anticipation of the new demo, downloads for the old demo have been disabled.

This new demo once again covers the first three days of the full game. (the full game takes place over 7 days and has 8 different endings.) We hope you enjoy it...!

At this point, the first draft of the script is complete, as are most of the art assets. We're doing beta testing to make sure everything works as planned because with 8 endings and so much variation in text, the balancing of the gameplay can get tricky. After that, there's just some final polish that needs to get done for the art—some extras like fixed up CGs, etc—as well as editing for the script. We're also working on extra content for the premium booklet that will be available to purchase for the game. More details on that later!

We are trying to shoot for a late summer/early autumn release for Without a Voice, but will be sure to announce an exact release date once we have one. We're so close to finishing it now and are very excited to share it with everyone. Thanks so much for your support!

Get Without a Voice